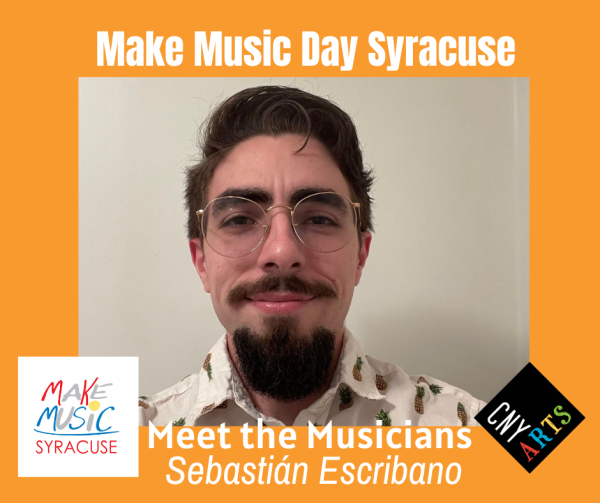 Sebastián Escribano who plays guitar, piano, drums, bass and voice will be performing and making music at La Casita Cultural Center. He will perform with Jambulance and Boothead & The Chairs for Make Music Day Syracuse on June 21. Learn more about Sebastián below.

What is your name?
Sebastián Escribano

What is your band’s name, how many are in your band (if applicable)?
For Make Music Day ‘22 I will be performing with Jambulance, as well as Boothead & The Chairs.

Where are you from (where are your band members from, if applicable)?
Guaynabo, Puerto Rico & Syracuse, New York

What kind of music do you perform/what instruments do you play?
Guitar is my primary instrument, but I also play piano, drums, bass and voice. I play jazz, funk, rock, and blues.

When did you start performing/playing/singing? What got you into music?
I started my first guitar lessons in the 4th grade at Most Holy Rosary when my good friend Sean Brown asked me if I’d be interested in staying after school on Thursdays to take guitar lessons from Tom Montague, my then 4th grade art teacher. I didn’t even have my own guitar for several weeks.

Describe your favorite venue for performing.
One of the most interesting and beautiful venues available here in Syracuse is the Landmark Theatre, I remember going there to see a several performances as a kid, Blue Man Group being the one that sticks out in my head as perhaps the first show I saw there.

Tell me about your favorite performance in your career.
I think the coolest venue that I have played so far is the Landmark Theatre where I shared the stage with my piano teacher Dick Ford, Todd Hobin, Edgar Pagan as well as Bernie Williams, and we played Tito Puente’s Oye Como Va. The energy from the crowd on that particular Father’s Day in 2014 was unlike anything I had experienced. I was 16 at the time. I will never forget the moment Todd announced my name on the mic and the crowd went wild.

If your fans could remember one thing about you/your band, what would it be?
Hopefully that we sounded good!

What's the best piece of advice another musician ever gave you?
Practice what you can’t do more than what you already can. 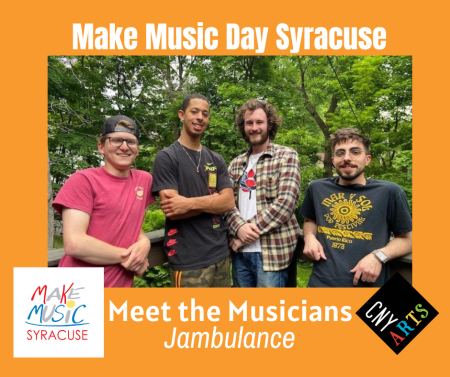