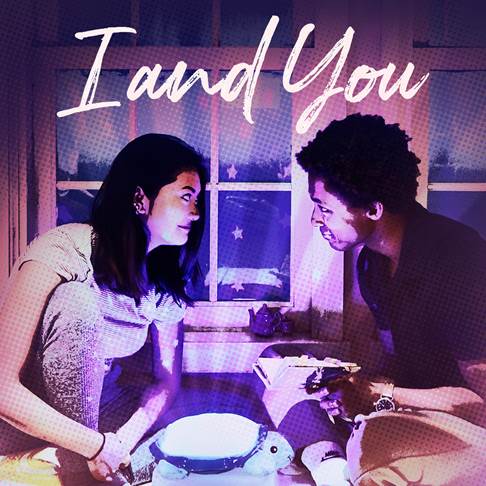 If a quality of a good play is to be both timely and timeless, then “I and You,” the next play in the reimagined Syracuse Stage season, succeeds admirably.

It is a play that seems to directly address the immediate moment while offering a broader perspective on human interconnectedness.

Written by Lauren Gunderson and directed by Melissa Crespo, “I and You” marks a return of artists and actors to performance on stage at Syracuse Stage. The approximately 90 minute play will be performed in the Arthur Storch Theatre on a fully realized set and captured on video by Black Cub Productions. The process is identical in execution to the season opener, “Talley’s Folly,” which was videoed live in Stage’s Archbold Theatre.

“I and You” will be available for viewing as video on demand May 5 – 23 at www.SyracuseStage.org.

Though first performed in 2014 (Harold and Mimi Steinberg/American Theatre Critics Association New Play Award), Gunderson’s play is remarkably relevant to today’s Covid impacted world. It features two high school students working on a literature project about Walt Whitman’s “Song of Myself.” One of the students, Caroline, has been unable to attend school in person because she is ill with a chronic and life-threatening liver disease. Her phone and her laptop are her sole tethers to the world beyond her bedroom. Though her health concerns are unique to her, the isolation and disconnectedness she experiences palpably reflect what many have experienced over the past year.

Arriving in her room unlooked for and not quite welcome is her classmate Anthony. He is enthusiastic and energetic and maybe a little desperate for Caroline’s help, at least judging by the half-finished poster he carries. He also carries a bag of waffle fries, pop tarts stashed in his backpack (he’s always hungry) and, for reasons not yet clear, an unrelenting earworm—Walt Whitman’s line: “I and this mystery here we stand.”

Discovering what Anthony means by this line, especially “this mystery,” and the significance it has for both students is the foundation of Gunderson’s play. The physical and metaphysical interconnectedness Whitman writes of in “Song of Myself” applies to them in ways they must come to understand and accept. Their path to discovery is a journey they take together but they are not easy travelling companions. Therein lies the fun. She is skeptical. He is insistent. She is defensive. He is persistent. They are entertaining verbal sparring partners who need to go a few preliminary rounds before building mutual trust. For director Crespo, Caroline and Anthony’s situation finds resonance with life during the pandemic. 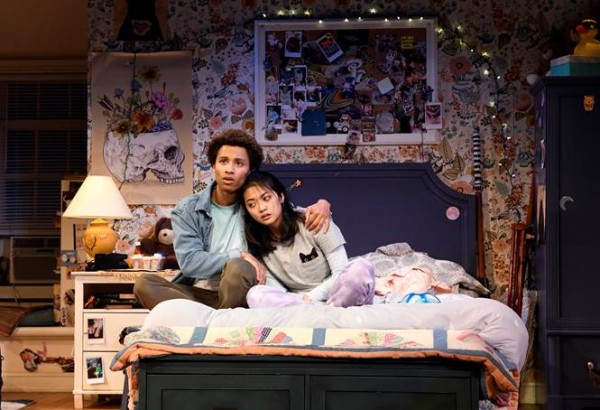 Cole Taylor and Phoebe Holden in "I and You," streaming on demand May 5 - 23, 2021. By Lauren Gunderson. Directed by Melissa Crespo. Scenic Design by Shoko Kambara. Costume Design by Lux Haac. Lighting Design by Dawn Chiang. Sound Design by Elishiba Ittoop. Photo by Brenna Merritt.

"This past year has revealed how dangerous isolation can be to the human spirit,” she says. “Anthony’s sudden appearance reminds us that we are social creatures and our survival depends not only on physical health, but from deep emotional connections with others.”

To ensure that Gunderson’s play attains complete fulfillment on stage, Crespo has assembled a talented cast and a gifted team of experienced designers. It is the same design team that she worked with on Stage’s highly successful production of the comedy “Native Gardens” in 2019: scenic designer Shoko Kambara, costume designer Lux Haac, lighting designer Dawn Chiang and sound designer Elisheba Ittoop.

Making their Syracuse Stage debuts are Phoebe Holden as Caroline and Cole Taylor as Anthony. Holden is a recent graduate of NYU’s Tisch School of the Arts, while Taylor has appeared in theater productions in Los Angeles and at Indiana Repertory Theatre and on television in the recent reboot of “Saved by the Bell.”

Gunderson has been the most produced playwright in America over the past few seasons. In the 2019/2020 season alone, there were 33 scheduled productions of her plays. She is prolific and much of her work is historical. “I and You” is one of her few pieces with a contemporary setting, although in reaching back to Walt Whitman and other artists from the more recent past, like Jazz great John Coltrane and rock legend Jerry Lee Lewis, Gunderson is deliberately establishing links across time to get at something more universal.

As Crespo notes: “Lauren Gunderson’s celebration of Walt Whitman’s ‘Song of Myself’ is a wonderfully vital illustration about the healing power of art in its many forms—poetry pushes this beautiful story forward like songs in a musica 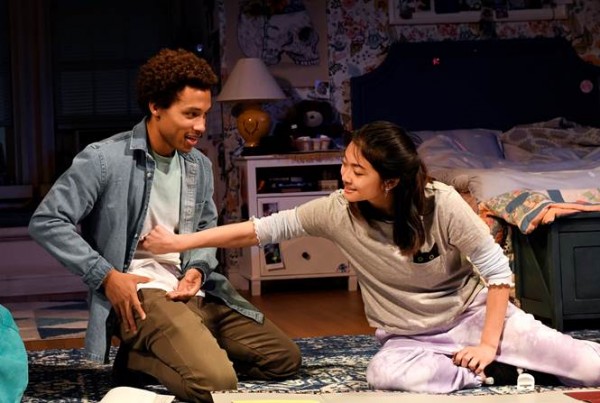 Cole Taylor and Phoebe Holden in "I and You," streaming on demand May 5 - 23, 2021. By Lauren Gunderson. Directed by Melissa Crespo. Scenic Design by Shoko Kambara. Costume Design by Lux Haac. Lighting Design by Dawn Chiang. Sound Design by Elishiba Ittoop. Photo by Brenna Merritt.

The actors and stage managers in this production are members of Actors’ Equity Association, the Union of Professional Actors and Stage Managers in the United States.

A recorded virtual pre-show discussion with artists who worked on “I and You.”

Prologue will premiere on May 7 online at www.SyracuseStage.org, where it will remain available for viewing through May 23.

Enjoy a virtual lecture “Song of Myself: A declaration of interdependence” from director and writer Karin Coonrod. The New York Times calls her “a theater artist of far-reaching inventiveness”...using a “style that deconstructs to construct.” Most recently she directed “More or Less I Am,” drawn from Whitman’s “Song of Myself,” virtually and on tour around New York City. Coonrod is on the faculty of the Yale School of Drama. The lecture is hosted by Associate Artistic Director Kyle Bass.

The Wednesday @ 1 lecture will premiere on May 12 at 1 p.m. online at www.SyracuseStage.org, where it will remain available for viewing through May 23.