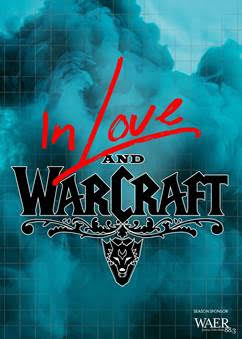 The Syracuse University Department of Drama announced a return to in person, live performance for the 2021/2022 season beginning with the contemporary romantic comedy “In Love and Warcraft,” Nov. 12 – 20 in the Arthur Storch Theatre.

Five play subscriptions, flexible four packs, and single tickets are on sale now at vpa.syr.edu/dramatickets or through the Syracuse Stage Box Office, (315) 443-3275. The Department of Drama will offer full refunds to patrons should it become necessary to cancel performances or productions.

COVID-19 Policy
For the health and safety of all patrons and performers, the Department of Drama will follow Covid safety guidelines. Current guidelines require that all attendees regardless of vaccine status must be masked and provide proof of vaccination or negative Covid test (PCR test 6 hours prior to arrival at theatre or antigen test 72 hours prior to arrival). These guidelines will be reassessed and are subject to change as the season progresses.

Additional projects off the mainstage feature original work. In the fall, faculty member Ricky Pak leads an ensemble in a devised piece called “Id” that will be videoed and distributed in a series of installments. In the spring, faculty member Kathleen Wrinn leads a new initiative, “New Voices, New Work,” to support the development of new musicals by writers and composers whose perspectives have been historically underrepresented in the musical theater canon. Performance dates for the musical are March 1 – 6.

“Our plays this season all deal in one way or another with separation and a struggle to connect and reunite,” said Holly Thuma, Department of Drama interim chair. “For many of us the pandemic has meant a separation from friends, from loved ones, and at times banishment from community. There is something magical about a live performance with a live audience in the room, about our coming together for the telling of stories, and the ritual of our communal experience.”

Directed by faculty member Matthew Winning, “In Love and Warcraft” is the work of playwright Madhuri Shekar, an alumna of the Ma-Yi writers lab and the Center Theatre Group Writers Workshop and a co-creator of the Shakespearean web series “Titus and Dronicus.” The play was developed at The National New Play Network MFA Playwrights Workshop and premiered at the Alliance Theater in Atlanta in 2014, the same year it won the Kendeda National Graduate Playwriting Award.

“In Madhuri Shekar’s delightful ‘In Love and Warcraft,’ we follow a young woman’s isolation, her journey into the virtual world of gaming, and her struggle to connect with real-life love,” Thuma said. With a script that is light, fast, youthful and spiked with goofy jargon, “In Love and Warcraft” offers an insightful look into the struggles of intimacy in the digital age.

Chicago based playwright Ike Holter has written seven plays set in a fictional fifty-first ward. In “Sender” he zeroes in on a group of millennials whose lives are disrupted by the mysterious disappearance and equally strange reappearance of one of their friends. With sharp wit, Holter examines what it means to become an adult today. Department of Drama alumnus Terrence Mosely directs.

The season continues with two lively and exciting contemporary takes on Shakespeare. One of the four romances Shakespeare wrote late in his career, “Cymbeline” blends the fantastical with comedy, adventure and a moving love story. The Department of Drama production features a modern verse translation by playwright Andrea Thome. Thome’s version of “Cymbeline” was originally commissioned by the famed Oregon Shakespeare Festival (OSF) as part of the company’s “Play On Shakespeare” project, an ambitious undertaking that enlisted the talents of a diverse group of contemporary playwrights, screenwriters and dramaturges from diverse backgrounds to re-envision Shakespeare for the 21st century. The goal of the project was to translate 39 Shakespeare plays into language accessible to modern audiences while never losing the beauty of the verse. “Cymbeline” will be directed by faculty member Christine Albright-Tufts, who spent more than a decade as a company member at OSF.

“With this version of ‘Cymbeline,’ translated by Andrea Thome, Syracuse University becomes one of a growing list of universities and theaters who are partnering with ‘Play On! Shakespeare’ to produce new modern English translations of Shakespeare’s beloved plays,” said Albright-Tufts. “The company’s mission is to connect contemporary playwrights with the classical texts, in order to enhance audience understanding of Shakespeare.”

Following “Cymbeline” and closing the season is a musical adaptation of the comedy favorite “As You Like It.” Adapted by Shaina Taub and Laurie Woolery with music and lyrics by Taub, this delightful trip to the Forest of Arden was created for the Public Theater’s Public Works Program, an initiative that aims to restore and build community by connecting people through the creation of extraordinary works of art. Named by the New York Times as one of the best shows of 2017, “As You Like It” casts a musical and magical spell. Rodney Hudson directs.

“In Love and Warcraft”

In this contemporary take on rom-com, Evie Malone—gamer, college senior and confirmed virgin—has it all figured out. Not only does she command a top-ranked guild in Warcraft with her online boyfriend; she also makes a little cash on the side writing love letters for people who've screwed up their relationships. Love is like Warcraft, after all. It's all about strategies, game plans and not taking stupid risks. That's what she thinks until she actually falls for a guy. No amount of gaming expertise will help her navigate the challenges of a relationship with a non-virtual and totally real boyfriend.

Music and Lyrics by Tim Minchin

Based on the book “Matilda” by Roald Dahl

Children (and grownups) of the world rejoice. “Matilda” is here at last. This Tony Award-winning musical is a captivating treat that revels in the anarchy of childhood, the power of imagination, and the inspiring story of a girl who dreams of a better life. (There’s also a gloriously vile villain, Miss Trunchbull.) Packed with high-energy dance numbers, catchy songs, and featuring an unforgettable a little girl with astonishing wit, intelligence, and psychokinetic power, “Matilda” is a joyous girl power romp.

In this witty and razor sharp play, Ike Holter takes aim at a small group of millennial friends who are trying to move past childhood and nights of drunken revelry to contend with the demands of adulthood. All are thrown for an unexpected loop when one friend, presumed long dead, suddenly turns up very much alive. Part of Holter’s series of plays set in a fictional neighborhood in Chicago, “Sender” asks, in this day and age, what does growing up mean and is it even desirable.

In a Modern Verse Translation by Andrea Thome

Commissioned by Oregon Shakespeare Festival and now part of the “Play On! Shakespeare” project

Princess Imogen’s stepmother wants to kill her. Her father, King Cymbeline, isn’t coming to the rescue. Meanwhile, Imogen’s banished love, Posthumus, is convinced she’s cheating on him. What’s a lion-hearted heroine to do? Swap the skirts for pants and escape into the magical wilds of ancient Britain disguised as a boy! In this fantastical work from the zenith of Shakespeare’s talent, the improbable becomes probable as kind strangers, dastardly villains, ghosts, gods and long-lost princes pave the high road to happily ever after.

Music and lyrics by Shaina Taub

A ravishing new musical adaptation of Shakespeare’s classic story of chance encounters and self-discovery. Forced from their homes, Orlando, Duke Senior, his daughter Rosalind and niece Celia, escape to the Forest of Arden, a fantastical place of transformation, where all are welcomed and embraced. Lost amidst the trees, the refugees find community and acceptance under the stars. Featuring an original folk-pop score by Shaina Taub, “As You Like It” is an immersive dream-like tale of faithful friends, feuding families and lovers in disguise.

Off the Mainstage Information

“Id” is an original devised performance exploring the theme of identity developed by the ensemble of creators. Working from a basis of Moment Work, a method of devised theater created by the Tectonic Theater Project, along with the guidance of network television writer Teresa Huang, and in collaboration with the Orange TV Network, “Id” will be an anthology-style web series of short stand-alone pieces.

A new initiative at the Department of Drama, “New Works, New Voices” (NWNV) supports the development of musicals by writers and composers whose perspectives have been historically underrepresented in the musical theater canon. One new musical will be selected from submissions for development in spring 2022, providing an exciting opportunity for Drama students to collaborate with a professional writing team in residence.