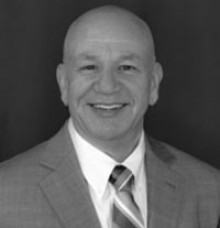 Mr. Butler is a native of Onondaga County and holds a Bachelor of Arts in Theatre from Oswego State University and a Master of Arts in Public Administration from the Maxwell School at Syracuse University. Stephen spent many years in New York City in roles such as the Executive Director of Creative Alternatives of NY, the Executive Director of the Nyack Center, Director of Public Affairs at the Alliance of NY State Arts Councils, and the Director of Programs at the Alliance of Resident Theaters/New York (A.R.T./New York). Stephen is a National Endowment for the Arts Fellowship recipient in Strategic Planning and was an AEA stage manager.

Stephen has served on the boards of the Association of Teaching Artists and the Onondaga County/Syracuse Commission on Human Rights. He was an adjunct professor for several years at the inception of Le Moyne College's Arts Administration program and still guest lectures at colleges and universities today. Stephen is the president of the Advisory Board of the School of Communications, Cinema, Media, and the Arts at SUNY Oswego. He is the past President of Arts NYS, an arts advocacy organization and for several years served as the State Captain for Americans for the Arts National Arts Advocacy Day.

Most recently, Stephen has been awarded the Community Commitment Award by Joined Artists, Musicians & Singers, Inc. (JAMS), an arts organization committed to supporting artists of color in Central New York. He also is a recipient of a State University of Oswego Alumni Association Lifetime Achievement Award for his overall career and contributions to the arts including those in Central New York. 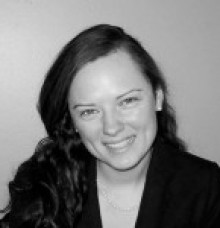 Elizabeth (Liz) Lane is a native of Madison County and a graduate of Purchase College with a degree in Arts Management. She has lead the grant programs at CNY Arts since 2013. Prior to CNY Arts, Liz had gained experience at the Brooklyn Academy of Music, New York City Ballet at the New York Choreographic Institute and George Balanchine Trust, and the Performing Arts Center at Purchase College, as well as locally, at Syracuse City Ballet and the former Syracuse Symphony Orchestra. In Liz's spare time, she likes to attend arts events across the region and volunteer. She recently rolled off a two-year term as the Nominations Chair of the Junior League of Syracuse. 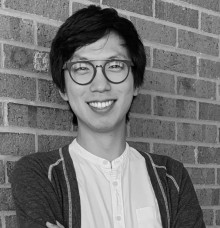 Brian Hyunsuk Lee is a graduate of Wesleyan University with a B.A. in Music and Neuroscience and an M.A. in Performance Curation. Before joining CNY Arts, he worked in nonprofit fundraising and arts administration in Chicago, IL. There, he produced and helped to curate dance and performance festivals that centered queer and Asian American artists. He is a passionate advocate for diversity and equity in the arts. In his free time, Brian is a professional and volunteer choral singer and an avid woodworker. 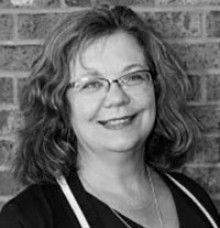 Operations Manager & Program Coordinator for On My Own Time

A native of Syracuse, NY, Kara graduated from Syracuse University with a Bachelor's degree in Speech Communication. She also earned graduate credits in Broadcasting at Montclair State College and an A. A. S. from OCC in Radio/TV.

She has worked extensively for the nonprofit sector in Central New York, with a focus on communications, media relations, program/event management, and fundraising. She also worked in research and patron services for the OCPL Central Library Local History and Genealogy Department.

Kara's avocation is theater, and she has acted with numerous area theater companies. She is a former member of Off the Cuff improv troupe, has performed for Full Cast Audio, recorded commercial spots, and currently acts with The ACME Mystery Co. in the New York State region. 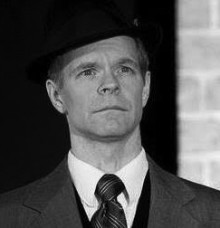 Jon Wilson, a native of Buffalo, graduated from Binghamton University with a BA in Theatre. Jon’s professional career has ranged from working in NYC at Playwrights Horizons in the production office and Playwrights Horizons Theatre School as the registrar and bursar, to working locally as general manager of Syracuse Stage, artistic director of Appleseed Productions, adjunct professor for Syracuse University VPA, and administration manager at CNY Arts (before leaving and coming back as bookkeeper).

Jon has also produced, directed, designed, stage managed, and/or performed in over 175 productions in NYC, Minnesota, New Orleans, Ithaca, Binghamton, Buffalo, and locally with just about every community theatre company in the Syracuse area, including two high schools. 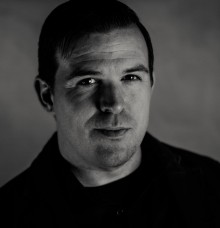 Charlie is originally from Asheville, North Carolina, and served for more than fifteen years in the U.S. Marine Corps. He started his military career as a Combat Videographer supporting military operations around the world, then later became a Communications Strategy and Operations Chief, specializing in information management and information operations. Charlie first came to Syracuse in 2008 to attend the Military Visual Journalism program at Syracuse University where he met his future wife, Cari, while she was completing her graduate school.

After the military, Charlie, his wife, and their two children settled down in the DeWitt. He first came to CNY Arts on a fellowship program for communications and marketing, then later became the program officer for the CNY Film Fund and CNY Short Film Competition.
Email 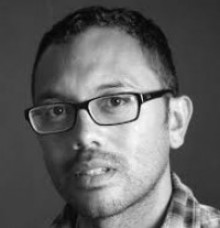 Matthew is a native of Onondaga County and graduate of SUNY Oswego with a degree in Public Relations and graduate certificate in Integrated Media Design. He is a veteran having served 4 years in the U.S. Army.

He serves on the board of the Syracuse Community Choir and the Center for Peace and Social Justice in Syracuse. Matthew is an avid traveler and has been to a dozen countries documenting and writing about arts and culture from the places he visits.