For the past several weeks Chapter members have been preparing to reopen for the summer season. It is located at 5085 Martisco Road, the side road Route 174 between Camillus and Marcellus just south of the railroad underpass. Hours are Sundays noon to 4 p.m. through the first weekend in October and admission is free. Current COVID guidelines apply to all visitors.

The interior is reminiscent of a small town railroad station of the 19th and early 20th centuries. Displays focus on the history of railroading in this region. The station was built in 1870 by the New York Central Railroad along the tracks of the so-called Auburn branch - now Finger Lakes Railway. It has been a museum since 1966 and is on the National Register of Historic Places. This is one of the oldest rail lines in Central New York, having opened in 1838. The museum includes a railroad research library and archives.

For further information about the station, go to: https://cnynrhs.org/web/museums/martisco/. 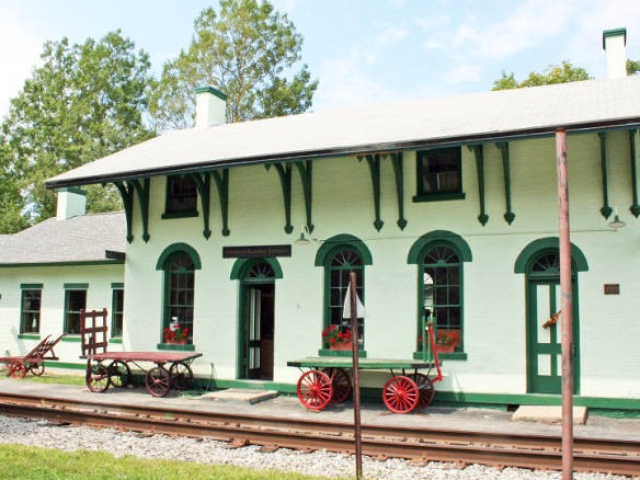