Arts and entertainment venues across Central New York were shuttered in mid-March because of COVID-19. Governor Cuomo’s New York on PAUSE halted productions, canceled exhibitions, and performances, and left many artists and those who work in the arts and creative fields out of work.

CNY Arts, through support and funding from the Central New York Community Foundation and The Gifford Foundation, worked with Research Marketing Strategies to conduct a survey to understand the impact COVID-19 had on CNY’s arts and entertainment sector.

Below are the key findings of the report and CNY Arts' plan of action.

115 organizations & 139 agencies that responded to the survey (20% of the sector) reported losses of at least $15 million and growing by the end of September 2020. Using this data along with our robust cultural asset map and extrapolating this information to the entire arts sector in our region, the total losses (earned and contributed revenue) were expected to be over $55M by the end of 2020 and well exceed this number as organizations struggle into 2021.

Furthermore, the data revealed that organizations would have gone through their cash reserves by the Fall of 2020. While Federal and State programs will be helpful to the revitalization of the arts sector, the timing of these initiatives remains unknown and will not have an immediate impact on organizations in Central New York

In Onondaga County alone, the arts and culture sector generates nearly $150 million in economic activity resulting in 6,000 full-time jobs and $14 million in local government revenue. Additionally, attendee spending is directly tied to attendance, and therefore, the arts & culture industry is a major economic engine for restaurants, stores, parking facilities, and other local businesses.

"Arts & culture organizations are important components of a vibrant business community. They hire workers, pay for goods and services, and, of course, create valuable and memorable experiences for community members," (Arts and Culture Impact Study 2018).

The loss of our region’s creative sector revenue has placed us in the middle of an arts crisis. This crisis is having such a severe impact on the livelihood of our artists and agencies that without support, many will be forced to close their doors by October when their cash reserves run out

With more than 265 artists and nonprofit arts organizations' responses, the resulting data show a fragile situation. Collectively, more than 75% of the artists and cultural organizations surveyed stated the pandemic was having a severe to extremely severe impact on their livelihood or agency. 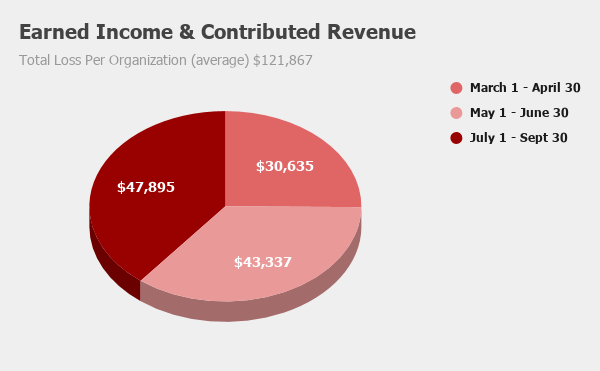 By the end of September, the loss of agency income is projected to be $13 million.

On average, by late April to mid-May, agencies had only enough cash reserves to operate for another 23 weeks (this includes those who filed for CARES Act assistance such as the Paycheck Protection Program, aka PPP).

The survey revealed that without a significant infusion of relief funding, starting as early as this summer through early November, many agencies may need to entirely suspend operations or permanently close their doors.

The study also revealed that, on average, four full-time equivalents had already been let go from each cultural organization at the time of the survey.

The average agency loss by September 30 of this year is expected to be $122,000, a somewhat deceptive figure because of the range of agency budget sizes. Some agencies projected that their institutions would experience losses upwards of a half-million dollars or more by the end of the summer. 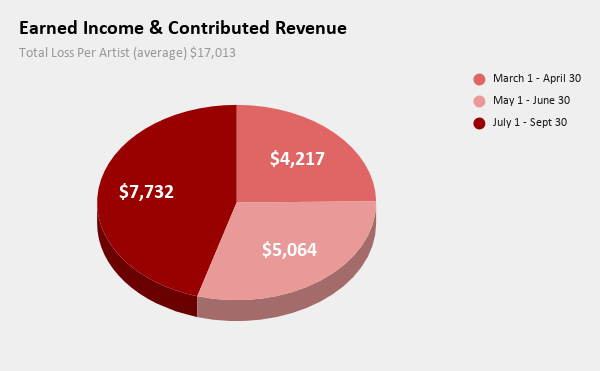 By the end of September, the loss of individual artist income is projected to be $2 million.

Individual artists are expected to lose $17,000 of income by September 30 and since most artists responding earned between $5,000 and $24,999 this will be a loss of 98% (this accounts for 60% of the respondents) of their annual artistic income before the last three months of the year.

Many individual artists expect that the recent losses could equate to almost ALL their prior year’s reported income.

It’s important to note that many of these artists also work in other industries that are also imperiled by closures and a diminished economy.

Needs of the Arts Sector during the global pandemic 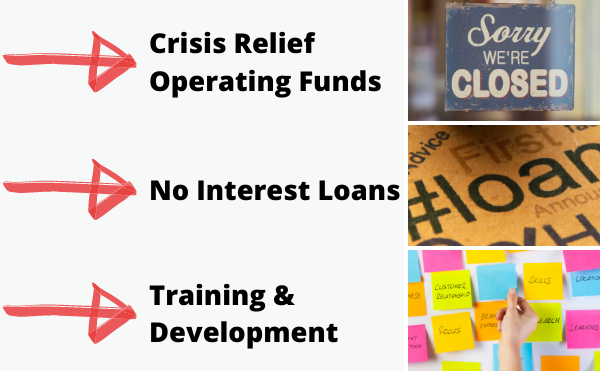 The primary request from artists and cultural agencies is emergency relief funds. The PPL program offered some relief. However, given the reductions of County Funds and projected reductions of state funds, CNY Arts believes the grants now needed are Crisis Relief Operating Funds.

Currently, municipalities have slowed or stopped payments. No Interest loans would address this issue. A percentage of these funds in a No Interest Loan would keep agencies afloat.

Training and development include: Fundraising and securing capital, understanding CARES and perhaps HEROES ACT, learning to present online programming and the delivery of arts education. 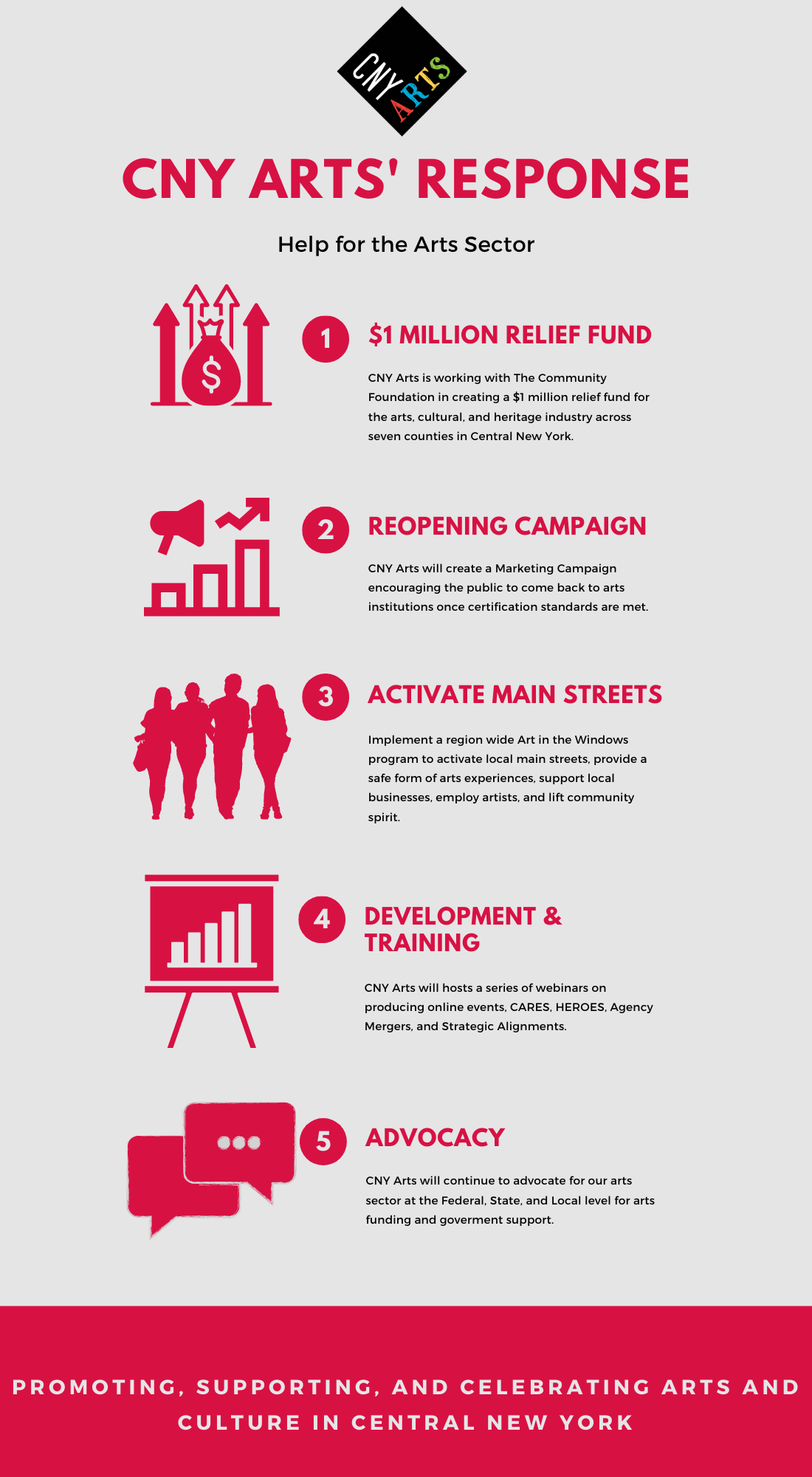 In response to the current and critical needs in the arts, CNY Arts is creating a $1 million relief fund for the arts, cultural, and heritage industry across seven counties in Central New York. The CNY Arts board of directors chose to create a fund at the Central New York Community Foundation to help with this initiative. The fund will allow for professional management, help with gift administration, and provide expanded capacity such as online giving, pledges, and stock/mutual fund/complex gifts. CNY Arts will be seeking support for the fund from businesses, organizations, and individuals throughout Central New York.