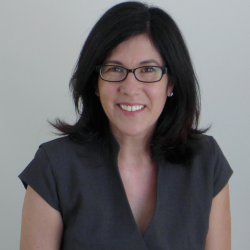 Hannah Frieser is a curator, writer, and arts administrator with extensive knowledge of modern and contemporary art practices. Frieser has established herself with a passion for the arts, a collaborative spirit, and an unwavering commitment to diversity and equity.

She is a frequent lecturer on contemporary photographic practices, whose essays have been featured in publications such as Contact Sheet, Exposure, Nueva Luz, and various monographs. She has curated exhibitions with leading contemporary photographers such as Don Gregorio Antón, Alexander Gronsky, Meryl Meisler, Pipo Nguyen-duy, as well as expanded art projects on Barry Anderson, Adam Magyar, Suzanne Opton, and more.

Frieser holds a Master’s of Fine Arts in Studio Arts from Texas Woman’s University, where she graduated with a thesis exhibition on cross-cultural heritage, and a Bachelor’s of Arts in Interdisciplinary Studies including photography, photojournalism, and graphic design from the University of Texas at Arlington. Frieser is a Caucasian Latina of mixed race, who was born and raised in Stuttgart, Germany, before launching her career in the nonprofit arts in the US. 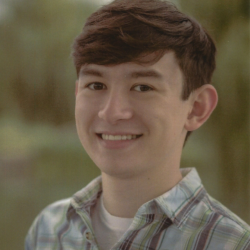 Thomas Pettitt was born and raised in Syracuse, where he was a student of the Syracuse City School District and graduated from Corcoran High School in 2016.

From 2012-2016, he was also a student of the Downtown Writer’s Center’s Young Authors Academy (YAA), a weekly creative writing workshop for middle and high schoolers. Thomas then majored in creative writing and double-minored in Deaf studies and linguistics at Ithaca College. His work predominantly centers around comedic fiction and personal essays exploring topics such as his biracial/Korean-American identity, queerness, and religion.

He went on to earn his MS in Information and Library Science from SUNY Buffalo in 2022. Since finishing his master’s degree, Thomas splits his time between being an Arts Leadership Fellow for CNY Arts and a librarian for Northern Onondaga Public Library.