Oswego Players presents "Do You Read Met," a Stay-at-Home Play

The selection has been made and the space crew and others have been selected for this very special production of "Do You Read Me." Norm Berlin is proud to announce his cast as the Oswego Players' Theater Arts Youth Academy presents its virtual production October 16, 17, 18, 23, 24, 25 to the general public on-line. 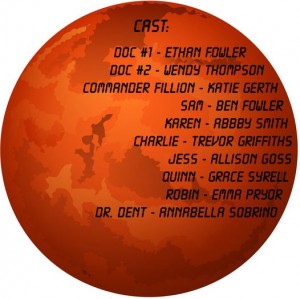 Norm Berlin is no newcomer to the Oswego Players. He was 8 years old when he was cast in the Oswego Players’ production, “Cheaper by the Dozen,” directed by Bobby Fontana. His mom, Sonia, and his dad, the late Norman Berlin II, joined the Players in 2003. So you might say it has been a family affair right from the beginning

Norm recently completed his Master of Library and Information Science, from Simmons University and after returning to Oswego two years ago, jumped right back into the game of community theater. Since then, Norm has directed two major Christmas shows as part of the Theater Arts Youth Academy, and crossed the main stage a number of times himself for the OP. As Historian and board member of the Oswego Players, Norm has been archiving 82 years of print and video history for the organization.

But if you ask him, working with students is where he loves to be. And that is why it was a logical step that he direct this October’s TAYA production of, “Do You Read Me.”

Tickets are on sale now through BROADWAY ON DEMAND.