Syracuse Stage doubles down on the 2020/2021 season with two productions available online beginning next week.

One show highlights local Black women telling their own stories as Stage presents the original play “A Gatherin’ Place” written and directed by Dr. Juhanna 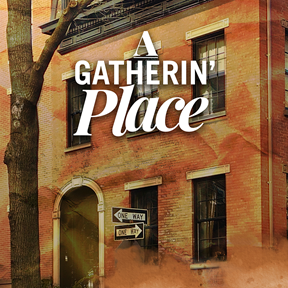 Rogers and performed by members of the Auburn based community theater The Harriet Tubman Troupe. Filmed by Black Cub Productions at Stage’s Archbold Theatre, “A Gatherin’ Place” is part of the theater’s “Syracuse Stories” series featuring performances and events by and for the Central New York community.

The second show takes a national focus as stage partners with more than 75 theaters across the country to broadcast a radio adaption of Sinclair Lewis’ 1930s politically charged novel “It Can’t Happen Here.” Produced by the Berkeley Repertory Theatre, the show stars Oscar nominated actor David Strathairn. Also in the cast is Greta Oglesby, who starred in Syracuse Stage’s production of “Caroline, or Change.”

Both shows are free of charge and will be available online at syracusestage.org. “A Gatherin’ Place” will be available Oct. 15 – 25 with a talkback with the cast and creators scheduled for Oct. 18 at 5 p.m. The talkback is free but advance registration is required.

“It Can’t Happen Here” may be accessed Oct. 13 – Nov. 8. A live Q&A with the shows adapters and creative team will be broadcast on YouTube following the first performance, which is scheduled for 8 p.m. EST on Oct. 13.

“A Gatherin’ Place” is based on the personal narratives of local Central New York women who helped develop the original script. The women took inspiration from a poem Rogers wrote, “It’s Hard to Tell a Black Woman’s Story,” to craft their own monologues. Rogers then combined the poem and the monologues to create the script, which finds a group of women, all residents of the same Brooklyn building, responding to the news of the death of an iconic and beloved author. The women learn, that unbeknownst to them, the writer had for years lived among them as a wise and compassionate neighbor they called Miss Paulette. In turn, the women recall their experiences with the writer and the impact she had on their lives.

Rogers said she was inspired in part to create “A Gatherin’ Place” by the passing of the writer Notzake Shange, most famous for “For Colored Girls Who Have Considered Suicide / When the Rainbow is Enuf.” The character of Miss Paulette was inspired by the late writer with acknowledged honor also paid to literary giants Maya Angelou and Toni Morrison. The theme of seeking and finding inspiration in a previous generation is strong in “A Gatherin’ Place” and a powerful influence for Rogers.

“I always think about their works and over the recent years as I’ve gotten back into theatre, in Central New York especially, I’ve just always found it such a sacred place to find ways to tell Black stories, and I’ve always wanted to do that in a way that builds a bridge between us and some of our now elder literary figures—Morrison, Angelou, Shange—now that they’ve gone,” Rogers said. “I mean we have to produce more. Who are going to be the people that tell those stories?”

The performance videoed at Syracuse Stage is the third production of “A Gatherin’ Place,” which originated at the Auburn Public Theater and later performed at Salt Space in downtown Syracuse. Rogers emphasized that the play and performance is very much work of community theatre. The women are not theater professionals, but are nonetheless committed to telling their stories.

“It wasn’t just about putting up theater,” Rogers said.  “We’re doing something, having an experience where these women are sharing their stories, being able to say, or to be, unapologetically, a Black woman.”

Written in 1935 during the rise of fascism in Europe, Lewis’ darkly satirical “It Can’t Happen Here” follows the ascent of a demagogue who becomes president of the United States by promising to return the country to greatness. The new stage adaptation, which premiered at the Berkeley Repertory Theater in 2016, closed just one week before the presidential election roiled our nation. Now, Berkeley Rep reprises that production, but this time Syracuse Stage along with theaters across the country will be joining to broadcast this production as a radio play. The broadcast is intended to encourage participation in the upcoming election. 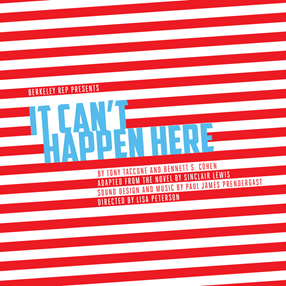 “‘It Can’t Happen Here’ reminds us of the responsibility we have as citizens in this country to hold our elected officials accountable,” noted Berkeley Rep artistic director Johanna Pfaelzer. “Let’s take this opportunity to exercise our collective power and vote.”

“This pandemic pause has caused us to reimagine how we create our work,” said Syracuse Stage Artistic Director Bob Hupp. “One advantage of our current situation is our ability to share the work of local artists as well as wonderful theaters from across the country with our Central New York audience. We look forward to engaging the community in what I believe will be lively discussions generated by these plays.”

Performed by The Harriet Tubman Troupe, a community theater in association with Auburn Public Theater

Based on the poem “It’s Hard to Tell a Black Woman’s Story” by Dr. Juhanna Rogers

Adapted from the novel by Sinclair Lewis

The production debuts at 8 p.m. EST on YouTube. A live Q&A with the creative team will take place following the broadcast at 10:15 p.m. EST. No advance registration required.

Join the cast live via Zoom to learn more about “A Gatherin’ Place.” This is an open community forum for people to meet the artistic team, ask questions, share experiences and interest those who haven’t seen it. The event is free, advance registration is required.

Interact with theatre fans across America as Roundabout Theatre Company hosts two National Community Conversations on Sunday, Oct. 25 at 2 p.m. EST and 5 p.m. EST to discuss the play and your response. Community Conversations are small group discussions moderated by Roundabout Teaching Artists using specially designed reflective prompts, after which participants are welcome to stay and mingle. Pre-register for the 2 p.m. EST here or the 5 p.m. EST here.